This book provides a roadmap for external coaches who want to supercharge how they serve organizations and for internal coaches and leaders who long for radically effective ways to increase learning and connectivity within their own organizations.

But the book isn’t only for coaches.

Christy shows anyone how to grow people from the inside out while curating a critical sense of belonging.

CHRISTY UFFELMAN, MHCS, BCC challenges the status quo. In everything she does, she believes in thinking differently.

Christy is founder and CEO of EDGE Leadership, an organization that curates belonging through group coaching. Christy spent the past two decades innovating in learning development with a special focus on early and mid-career leaders, amplifying to include executive and board directors as she herself reached each level.

As a natural storyteller, Christy maximizes across genders and generations, shifts mindsets, honors individuals, and works hard. She is a recognized leader in creating connection and curating belonging. As a coach, speaker, and thought leader, Christy is on a mission to make people feel less alone by making connections that matter.

Named a Fierce Woman by Huffington Post, Christy learned her secrets and tricks-of-the-trade from experience facilitating tens of thousands of leaders in Fortune 500 companies with one hope—to curate belonging through group coaching and grow people from inside out. She developed her PEER Technology® model to do just that. What People Are Saying

The World Is Changing

Now is the time for an innovative, collaborative learning approach to help people discover what they need to know and when they need to know it—in a way that organically and intentionally maximizes and magnifies human potential.

From Fortune 100 companies to start-up entrepreneurs, from corporate board leadership to support groups for parents of transgender kids, this PEER Group Coaching Framework revolutionizes human potential! Christy walks readers through each component of the Framework, beginning with the foundation of the Container on which the other five elements are built: It all begins with intentionally constructing a safe space in which people can practice vulnerability and share real-life personal and professional challenges.

Instead of the coach being the mirror that reflects back the learning, such as in 1:1 Coaching, the peer group as a whole steps up to play that role. The Container provides psychological safety so the group can indeed become a cohesive whole, instead of a few dozen individual spotlights, each shining in its own direction. The Container provides an environment that nurtures vulnerability, intimacy, and relationships.

When you imagine a group coaching experience, you might picture a set of individuals, each on a personal development journey.

But the truth is, they are all on that journey together. The challenges might be individual, but no one is solving them alone. Sharing individual challenges, and inviting others into this vulnerability, provides a superstructure of support and empathy for the whole. Group coaching, by definition, is an ongoing experience that supports change over time. Self-Awareness begets more Self-Awareness.

These Outcomes can be shared 1:1 with the coach and with the peer group and others if the individual chooses.

Because every group is unique, the group coaching Framework includes purposeful reflection space to support identifying both cohort and individual Outcomes for the experience, and create a path of accountability that leads to empowerment and transformation. These Outcomes can be shared 1:1 with the coach and with the peer group and anyone else, if the individual chooses to do so. The coach can also leverage these Outcomes in the design of the overarching experience as it relates to content.

It’s about taking that vulnerability and applying it to Relevant Content that people can sink their teeth into—content with an application they can use right now, today. This creates a support network and a web of accountability, whether to move mountains and progress higher on the career path, or simply build breadth and depth in a particular area, professionally or personally. The content depends on the group’s needs and the Outcomes they and their organization set.

People need a space to contribute and share best practices.

This is peer mentoring—and horizontal knowledge transfer—at its finest. The Mastermind is a brilliantly simple peer-learning vehicle with a three-step focus: Success, Challenge, and Request for Support. Creating an intentional developmental space for vulnerability is, in essence, creating a vehicle where people can lean on one another, to contribute and be contributed to by their peers. After all, a flame loses nothing in lighting another.

Coaching one another is the actionable application of adult learning.

It is practicing vulnerability, being able to recognize and name emotions and their impact. It is what is at the heart of curating belonging because it requires a person to look at how they are holding themself back and holds them accountable to shift their choices. 1:1 Coaching is still needed inside every group coaching experience. It is the gold standard. Only now, group coaching amplifies that by creating the space for each and every person to learn how to become a coach to their peers. Each cohort member gives (and receives) 1:1 Coaching throughout the span of the experience. It’s about creating relationships and developing intimacy that can open up possibilities far beyond what an individual could dream.

In addition to unpacking each element in detail, Christy shows all coaches, both internal and external to an organization, how to present and sell the Framework within their spheres of influence.

She shares tips and tricks acquired over two decades of her front-line, mid-career, entrepreneurial and executive coaching experiences.

These cohorts focus on cooperative personal and professional development while igniting the intrinsically collaborative nature of the human spirit.

Throughout the book, Christy challenges readers with Thought Sparks, questions to help them apply learning so they can take action that works for them.

Because amazing mentors, teachers, and inspirational authors have lit Christy’s candle—she now has an urgent obligation, especially now in a world so desperate for belonging and connection—to share that flame and light yours. 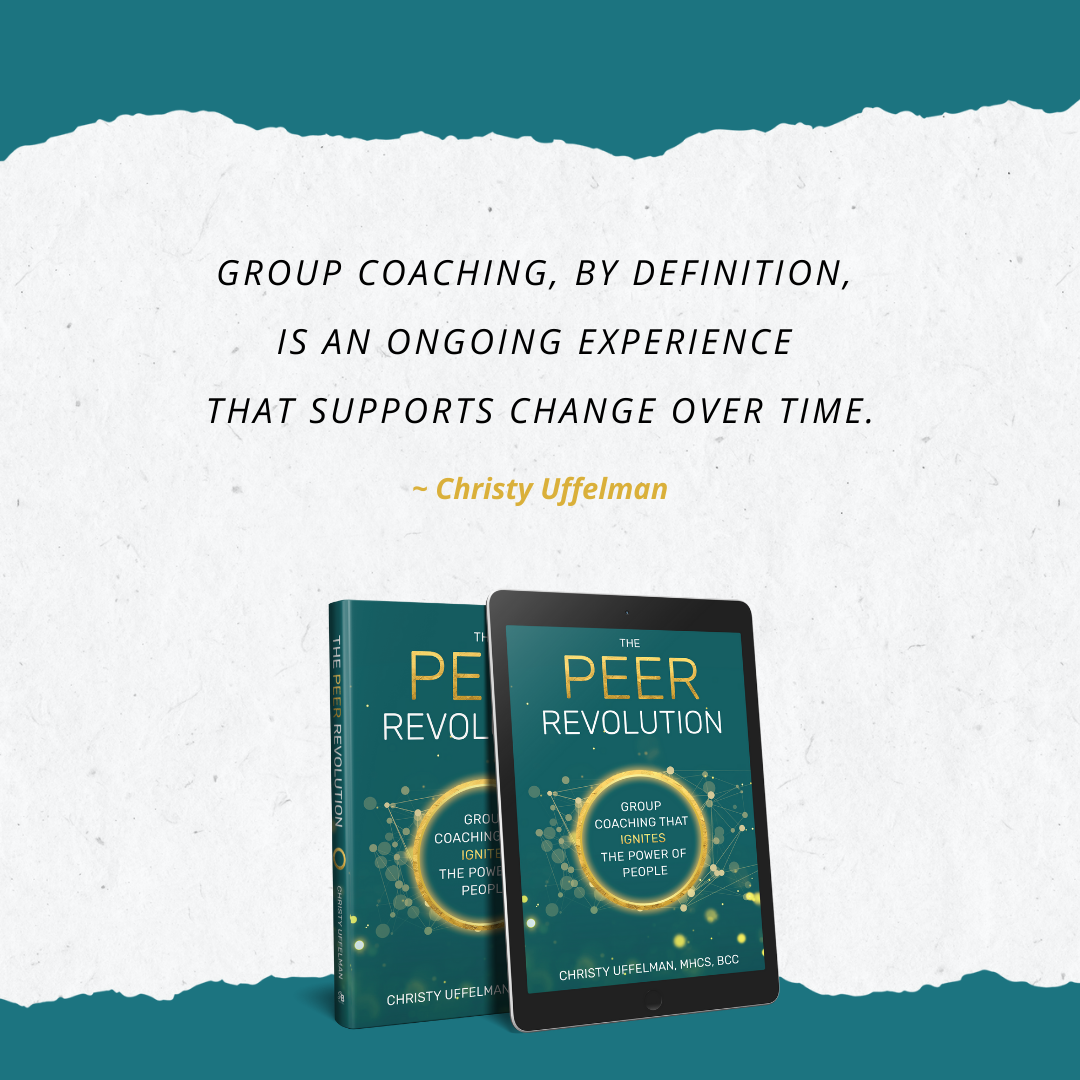 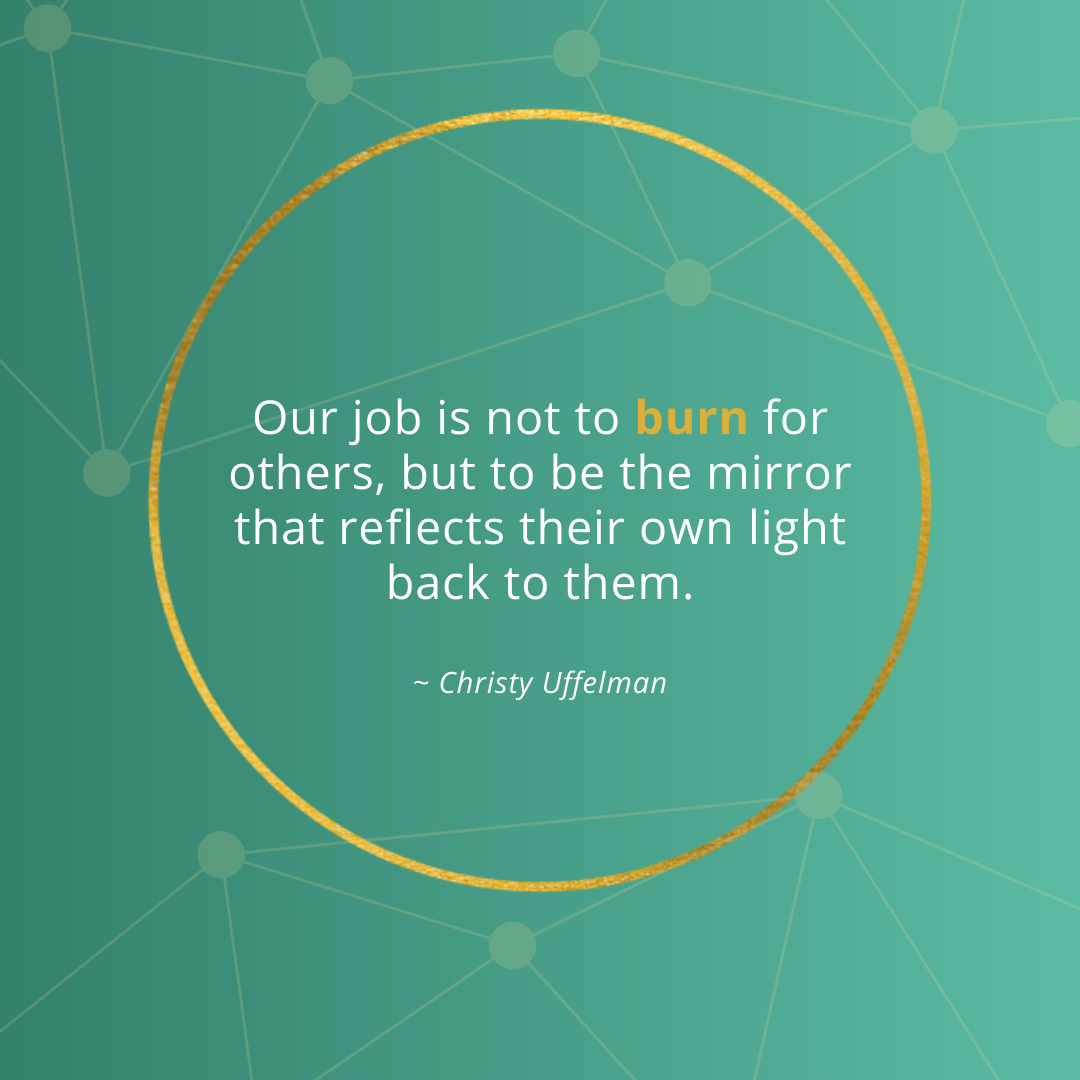 Inspire and Equip Your Team

The PEER Revolution makes the ideal tool for any team or organization that is serious about innovative, exponential growth.

For bulk inquiries, complete the form below.